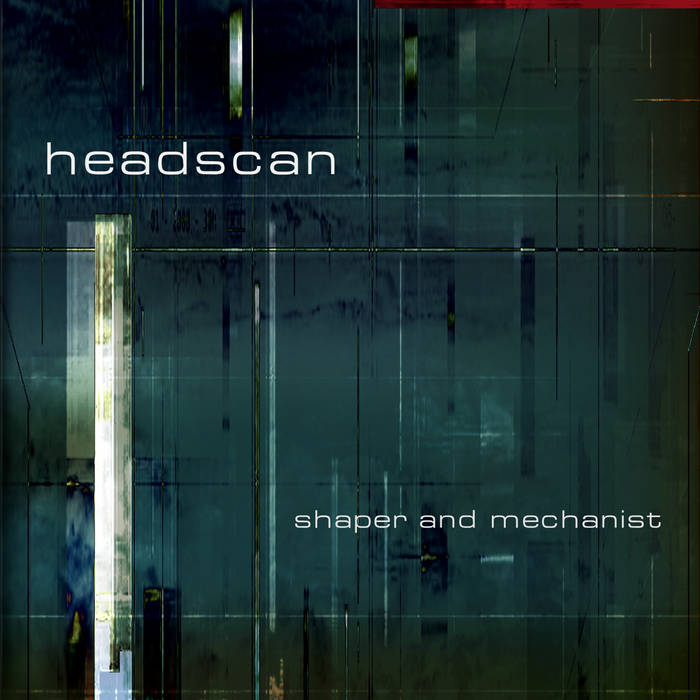 Shaper And Mechanist more than fulfills the promises made on the High Orbit Pioneers demo, a demo whose strength landed the Montreal duo on Canada’s ArtOfFact Records (it’s nice to see a Canadian electronic band on a Canadian electronic label, too).
Headscan exhibit a colossal understanding of electronic music and its power, as well as a remarkable grasp on the genre’s forbears. Influences from the likes of, but not limited to, Lassigue Bendhaus and Jean-Michel Jarre are readily apparent, though the band come nowhere near pure imitation, rather updating these sounds with a solidly futuristic flair.

Silent Running explodes with a massively stylish sheen, pulsing and drenched in techno atmospherics, the song sets the stage for the very futuristic themes of the album. Indeed, the album title is adapted from the science fiction writings of Bruce Sterling and the lyrics of Christian and Claude are highly literary and intelligently written. Body Of Memory intones “we set sail for the future” and Christian sings of future lands; the entirety of Shaper And Mechanist is pure futurism, something noticeably missing or poorly dealt-with in much of today’s electro music.

The mind-reeling epic Immortal, a colossus of beats and racing sequencers, with Christian’s vocoder-like voice buried in the mix, surrounded by howling and warbling sound effects is an obvious highlight, likewise the blindingly fast techno of Orbit Shift is utterly dynamic. While vocally Headscan never disappoint, Components is Christian’s pinnacle performance, where is voice soars with vivacity. Much of Shaper And Mechanist shimmers with a futuristic glimmer and sleekness, even the pounding aggression of Bluten has a polished sound, despite the crushing beats and screaming samples, which is contrasted nicely with the symphonic touches and casual trip-hop languish of Submariner. These sounds and textures are revisited on Gravity Well, which is highly reminiscent of Forma Tadre in the underwater-like scope of grandeur. - Electroage 2002

Where the spirit meets the mechanical

Bandcamp Daily  your guide to the world of Bandcamp

Interviews With Butcher Brown and Slauson Malone, plus LP of the week by SAULT.